Featuring unstoppable live-action with animated graphics, the visual for “FROGKIND” journeys a young woman’s escape from a wooded forest from an unknown threat.  The track’s build-ups and breaks coincide with the girl’s fight to leave as neon interplanetary snails and frogs try to attack her being.  With slime oozing from her body the girl awakes from what seems to be a dream, but the video leaves the audience questioning what really happened.  The visual is expertly crafted to fit the single’s gritty and grotesque soundscapes.

“The FROGKIND music video has been such an awesome project to work on with Neoliptus. I think it’s important to mention it is his first music video as well so a LOT of effort has been put into the FX and the story side from both of us. It’s really exciting to finally show the result. It’s really oriented toward the VFX world with the capacity of Noe [Neoliptus], we’ve exploited the crazy and weird part of what we both could do. The video really captures the weirdness of the core of the song itself. It brings the watcher through an exciting experience and an audiovisual adventure.”

Frédérik Durand, better known as SNAILS, has collaborated with the likes of Skrillex, Jack Ü, Flux Pavillion, NGHTMRE, Collie Buddz, Waka Flocka Flame, and Zeds Dead over the span of his career.  He released a track with longtime inspiration Skrillex in 2015 on the track “Holla Out” which appeared on Skrillex’s 2016 Grammy-Award-winning album, Skrillex And Diplo Present Jack Ü. The artist has toured the world, released over 35 singles, surpassed 130 million streams, and delivered over 500 international performances that include Coachella, EDC, Ultra Music Festival, Tomorrowland, Bonnaroo, and more.  For additional information on SNAILS, please visit his official website. 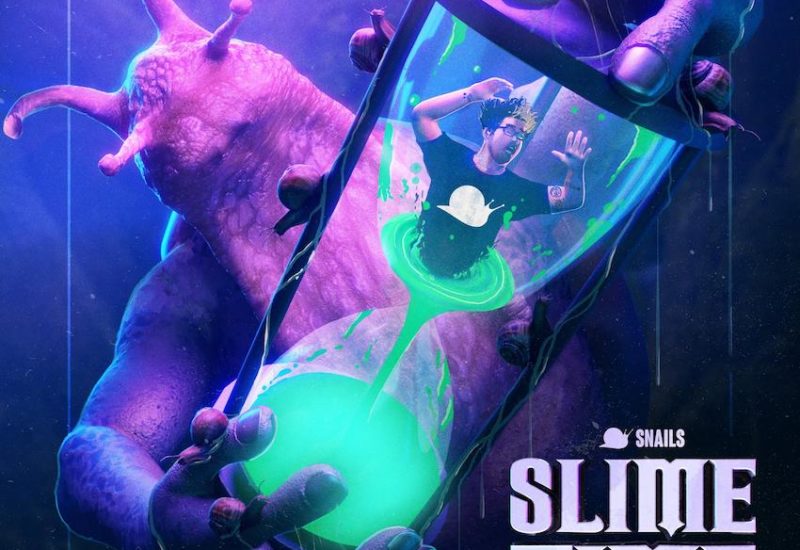