Bonnaroo announced in a statement on Twitter that it would be rescheduling its three-day festival to Sept. 2-5, 2021 due to COVID-19 concerns.

Bonnaroo 2020 followed the format of what many other festivals did this year by providing a virtual event of the highlights of its previous editions. The festival dug from the archives, previous performances by Alabama Shakes (2015); Dave Mathews and Friends (2014); Jack White (2014); James Brown (2003) Metallica (2008); The White Stripes (2007); The xx (2017); and of course The Beastie Boys’ final performance in 2009 to name a few.

Bonaroo has assured ticket holders that refunds will be issued to those who do not wish to use their passes on the rescheduled dates.

Lineup and details for the 2021 event are expected to be released when it gets sooner to Sept. next year.  For additional information, please visit the festival’s official webpage at the following link.

Ticket holders can see the full announcement released on Twitter below.

Created by AC Entertainment and Superfly Presents, Bonnaroo is an annual three-day festival held in Manchester, Tennessee each year and has welcomed the likes of Bruce Springsteen, Eminem, Kanye West, Beastie Boys, and Paul McCartney to its stages. 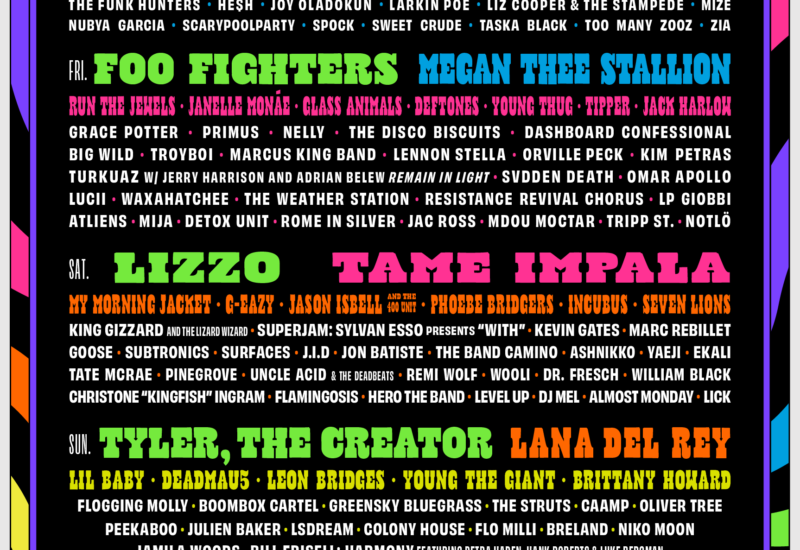