David Guetta announced that he will be the newest addition to the social virtual reality (VR) platform, Sensorium Galaxy as he is scheduled to feature a series of exclusive performances that will allow fans from around the world to be closer to the artist like never before.

Sensorium Corporation, in partnership with The Night League and High Scream, revealed that David Guetta will the first DJ to join Sensorium Galaxy, as the social VR platform redefines the way people interact with each other and experience the arts.

“Sensorium Galaxy is going to take dance music and events to the next level so I’m really excited to come aboard! Whilst digital events have come a long way in the last months, I’ve not seen anything that comes anywhere near close to this. VR lets us create a new form of art. It’s a next-level experience that goes way beyond just watching a DJ show on a screen. The shows that I am preparing for Sensorium will be the first step in a series of amazing projects we will release next year. I believe this platform can change the entertainment industry and the way artists communicate with fans forever – prepare to have your minds blown!”

VR experts of the Sensorium Galaxy team will be working alongside Guetta to create an accurate virtual representation of him to be used in multiple performances prepared exclusively for Sensorium users. This collaboration is pivotal for the development of high-quality VR content, as well as to close the physical gap between fans and artists.

All performances by David Guetta will be hosted at PRISM world, a hub for music events developed in partnership with Yann Pissenem, CEO & Founder of The Night League and creator of the world-leading nightclubs Hï Ibiza and Ushuaïa Ibiza where Guetta has held residencies.

“Having David come on board as the first DJ to join PRISM World is sending a clear message: VR is the future of social networking and content distribution. David and I have been working together for more than two decades now. He is a genius that has always been ahead of the curve with music and understands the vision of what we will deliver with Sensorium Galaxy. Working with VR technology allows us to transcend the limits of the physical world and create unprecedented shows that will revolutionize the industry. It is going to be like nothing that has ever come before”

Guetta has been at the forefront of live-streaming experiences for fans.  Earlier this year, the DJ hosted two live streams in Miami that collectively attracted over 50 million viewers across the globe and raised well over $1.5 million for charities aiding COVID-19 relief. 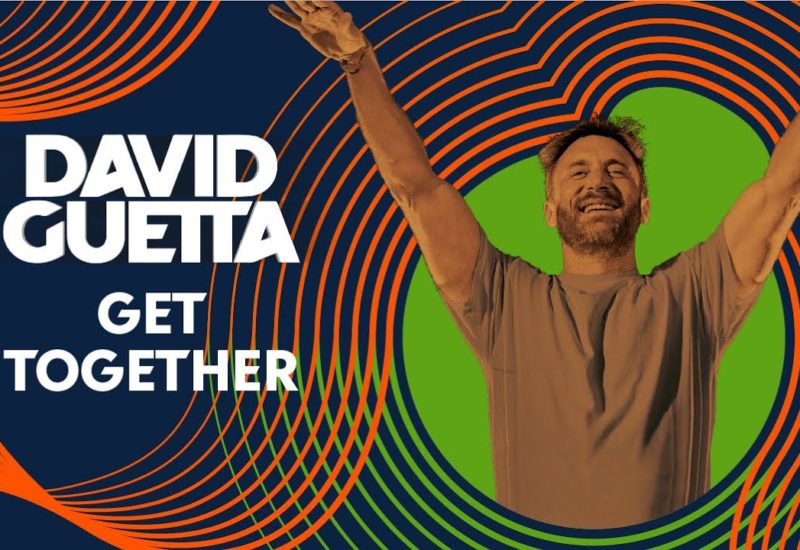 David Guetta drops global track ‘Get Together’ in partnership with Tuborg