In the past 10 years, dance music has expanded in becoming an oversaturated market of producers who rarely sound different from the next.  However, then there is GAWP who managed to turn our heads with a fresh and unique style that first grabbed our attention with a track with DJ Rae titled “Something Real” off of Toolroom Records’ latest compilation, T2.  To stream or download, please click here.

However, that track was merely scratching the surface to this producer’s talent. He is no stranger to the music industry and has been touring and releasing under numerous different guises and styles.  He has been featured on a plethora of other recording labels including Mixmag’s ‘Label Of The Decade,’ Dirtybird, Elrow, Toolroom, Box of Cats, Night Bass, and Stashed.

After listening to his entire catalog, some of our favorite tracks include Body Drippin’ (Gawp Remix) [Bang Tidy]; Blocker [Hot Boi]; Go With The Flow [Night Shift Sound]; Prime Society [Dirtybird]; Where Are You Going [This Ain’t Bristol]; Aphrodisiac [7 Wallace]; and Twelve Eggs [LV M&M].

He has not only grabbed our attention but has managed to garner support from some of the most recognized artists including  Claude Vonstroke, Justin Martin, Chris Lake, Fisher, Idris Elba, Mark Knight, Walker and Royce, Bot and Kyle Watson.

This support has translated into a slew of performances across the globe. He most recently performed a guest mix on Claude VonStroke’s Sirius XM show, The Bird House; however, he has also performed alongside Oliver Heldens, has solidified a headline tour of Australia in addition to regular shows throughout Europe, including the infamous Printworks in London.

There is no question that GAWP is an artist to look out for and to put on your radar; therefore, it gave us great pleasure to be able to talk with him to discuss his methods of production and where he plans to venture in the future.

You have a new release, “RAW” which recently came out on Dirtybird last Friday and also performed a guest mix on The Bird House for Sirius XM.  How did your relationship with Claude VonStroke come about?

I wanted to get signed to Dirtybird for so long that I even bought a T-shirt and when it arrived in the post I felt like I had to actually get a track signed before I would allow myself to wear it. It gave me a goal to work hard towards and to only send Claude tracks I was proud of. Two years passed by, and after many tracks sent to him, one New Year’s day, I saw an email saying he loved one of them and it was going to be released on a BBQ comp. That very moment I got my T-Shirt out the closet and put it on… or rather tried! I’d put on so much weight from studio life it sadly didn’t fit me after all! I then booked to go over to Campout and meet Claude and the guys, and they kindly welcomed me to the Campout festival and essentially that’s how it all began …from one very tight t-shirt!

You have a number of releases on a myriad of labels including Dirtybird, Toolroom, and Hotboi.  Do you pitch specific releases to each recording label based on their production sound?  Are you ever surprised when a label picks up a track? What is your reaction?

I just aim to make music for the dance floors putting into account the emotions and reactions of the piece, this does have various style advantages which then various labels will fit better.  The one piece of advice I give to new producers is to sign records to the labels who really believe in your music. That way you build organic fan foundations, and they will realize your music was made with passion and from the heart.

What is the creative process like for you in the studio when creating tracks?

It can be very random a lot of the time! Sometimes I will be watching something like Netflix and one word can trigger an inspirational idea or a sound from a film. Then, I experiment with the technology in the studio to recreate the vibe I’m going for, and this usually doesn’t work, but I then through some kind of happy accident make something that is even better than I envisioned. Some studio days are circles of nothing while others can turn out amazing.

We saw that you released a sample pack for Loopmasters.  What can aspiring producers find in that pack and what particularly makes it unique / “GAWP?”

I used lots of hardware in my sample pack, which seems like a rare thing nowadays with many modern producers since the software is so good. I sampled my original 808 and processed using hardware compressors and EQs to give it that saturated harmonic warmth and vibe. It also contains my signature sub-bass sounds and weird GAWPY FX.

In 2019, you were touring with Oliver Heldens at his Heldeep parties and shows. How did that collaboration come about?  What is it like performing alongside Heldens?

He’s a great artist and has really supported my sound and was happy to add me to the tour. Now having released two tracks on his label, and working with him and the team, it’s been a great collaboration.

You have DJed at a number of reputable venues and festivals including Seismic Festival, Exchange LA, Printworks London, and SXSW Austin.  Where would you like to perform in the future when everything re-opens?

You know it’s very cliche but I’m all about the crowd and vibe. I’ve played some amazing events over the years, and the ones which are uniquely different, are the ones I love. However, the answer would have to be Printworks as the best venue I’ve played and been to! Oh, and Beatherder Festival UK which was postponed! That’s an awesome fest.

What has been the best and worst thing for you during this pandemic?

The worst is the lack of human interaction, being advised not to see people or family only on video was the hardest; however, the plus side is I’ve gotten lots of music made for my new label and also had time to run my audio business Most Wanted Audio which I run alongside with a friend helping others with their music and audio services.

The early days were DJs like Bad Boy Bill, Tony De Vit, Carl Cox, and Pete Tong while the production world would be the likes of Groove Armada and Chemical Brothers but mainly seeing my friends touring and at parties were the biggest inspiration.

What advice would you give to anyone aspiring to get on a major label, similar to the accomplishments which you have achieved?

The best advice I could give is just to keep carving your craft and make the best music you can but also to look for like-minded people around you to collaborate as you will help each other grow from sharing tips, skills, and inspiration. I was in a duo for many years, and this helped me a lot.

What can we expect from GAWP in the future?  Are there any upcoming releases in the works/streams? / shows? / label?

The future is so unpredictable at the moment, but all I can say is there’s no stopping me on the music front. I have some exciting collaborations on the go, more Dirtybird live-streams, and of course, a record label that’s enabling me to help artists I really believe in getting their amazing tracks out to the world. Thanks for having me, and thanks to everyone who supports what I do! Knowing I can give joy and good memories through my music across the globe keeps me going. Much love. 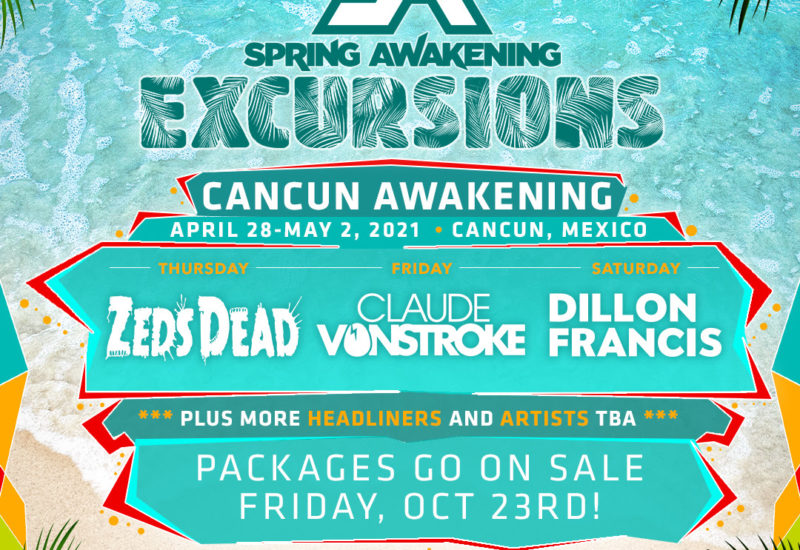 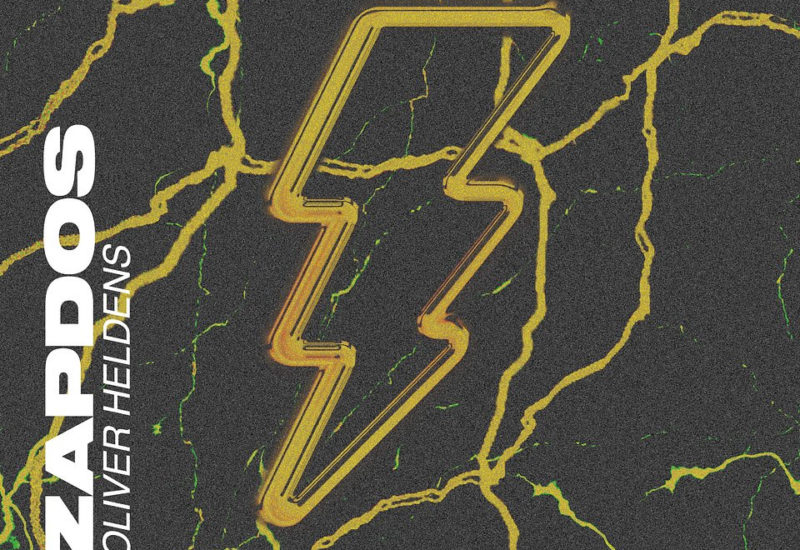 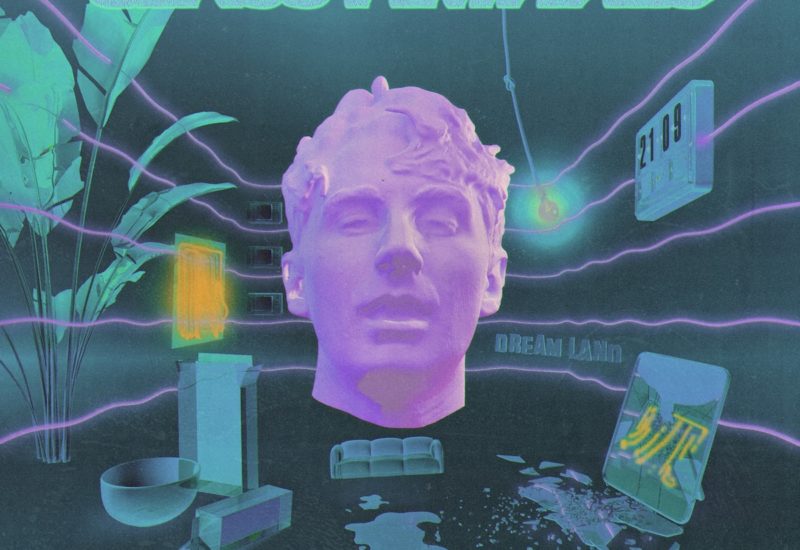