Daft Punk break up after 28 years of iconic music

Dance music royalty Daft Punk announced their break up after 28 years of iconic music in a YouTube video titled “Epilogue.” The split was further confirmed by longtime publicist Kathryn Frazier but no further details have been provided.

The video opens with a scene from the duo’s 2006 film “Electroma” where the pair, Thomas Bangalter and Guy-Manuel de Homem-Christo, walk into a desert donning space helmets and their group name emblazoned on leather jackets. The movie builds in anticipatory silence as they both stop walking, look at each other in the face, and the one member unzips his jacket disclosing a bomb.  He starts to walk away and then explodes to pieces at the climax of the film. The movie closes with a choral version of “Touch” as its euphoric melody serenades a picturesque sunset at hits backdrop with the chorus chanting “love is the answer.”

It is still up for speculation if this announcement means an official retirement for both artists. It is uncertain if the duo will continue to work together under different aliases or if this is the start of a new project.

Daft Punk is widely considered to be one of the most influential, popular groups to emerge in thirty years.  Known for their prolific work over the span of their career, their debut 1997 album, Homework paved the way for them as artists and included the iconic tracks, “Around The World” and “Da Funk.” They have won numerous accolades and awards for their expansive catalog of music, which includes six Grammy Awards, two Billboard Music Awards, and six International Dance Music Awards to name a few.  For additional information on Daft Punk, please visit their official website. 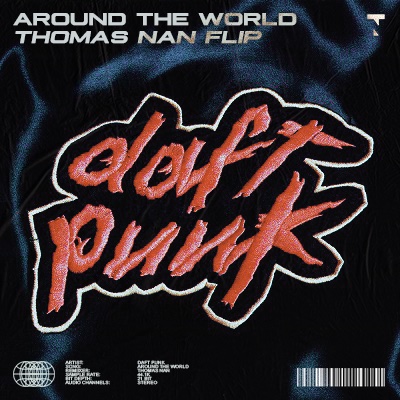